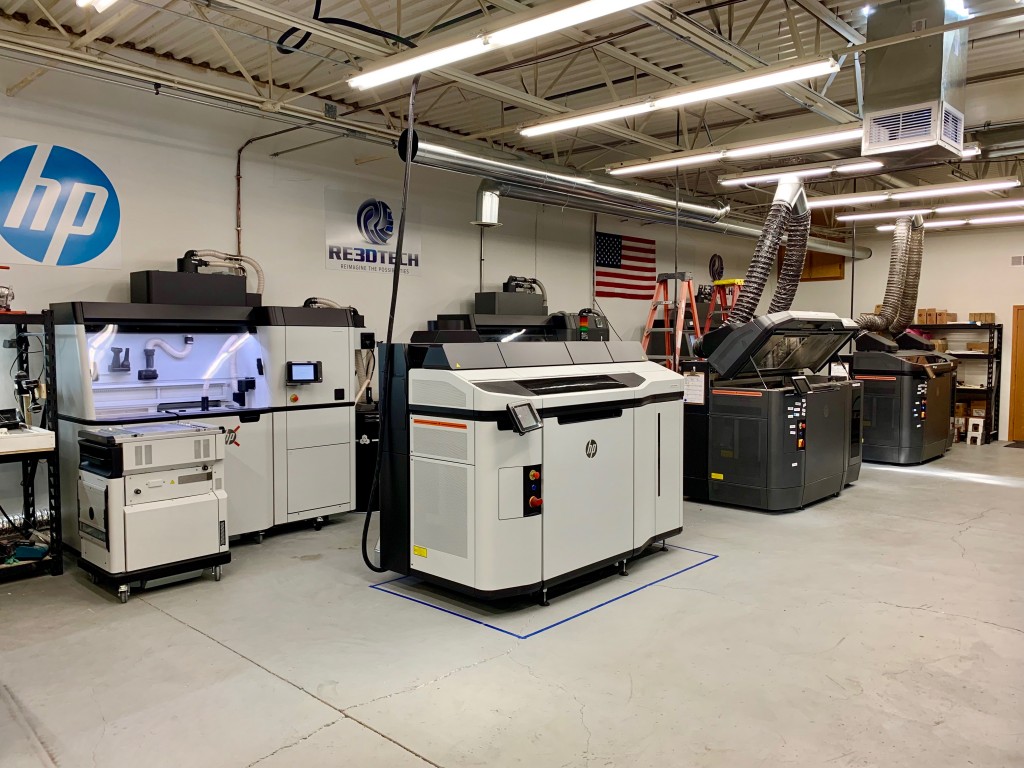 Although I’ve experienced an Un-boxing of several Additive Manufacturing (AM) technologies over my career, this one feels different. Introducing the HP 3D Jet Fusion 5210 3D Printing Solution! 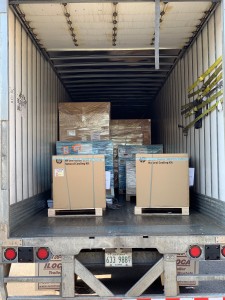 Leading up to the New HP Multi Jet Fusion (MJF) 5210 hitting the shop floor of Re3DTech, I couldn’t help but to feel overwhelmed in anticipation, unsettling given the financial risk our company was about to take on, and pride in being one of the first to purchase this new technology. As I do every day, I commuted to work ready to tackle another day in the Additive world. As I pull into the lot, I noticed a forklift parked in my parking spot, and instantly recognized today as the day we would take delivery of the brand new HP MJF 5210 3D Printing Solution. A rush of excitement, with a hint of uncertainty filled my being, as I walk into Re3DTech, just as the bay door opens. 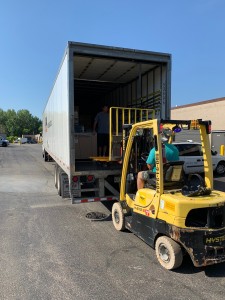 A huge truck was parked outside, and our team sprung into action to make room for the forklift as it began to lift huge pallets into our shop. One by one, our shop became consumed with HP Boxes everywhere, until the last and final box rolled in, containing our new HP 5210 printer. As the bay door closed, we stood there looking at the ocean of boxes and crates, with not only amazement and excitement, but also a deeper sense of financial uncertainty. This was a huge investment to make on the part of our company, but we knew it was necessary to provide our customers with the best quality parts, faster.

A question we asked ourselves everyday during our purchase decision phase of bringing this new machine in-house. Presently, the machine is on our floor and it has become very apparent to us that HP considered user feedback and issues with the 4200 series, and made the necessary corrections. This is what we discovered, when unboxing the new HP MJF 5210 Printing Solution.

Double the Capacity of the 4210 Series

The Progression of the next Industrial Revolution

The 4200 series was announced in May of 2016, and had been released to the public in June of 2017. To date, the 4200 series as been on customers shop floors for about 2 years, and it seems that HP has used what what they have learned about their first printers, and have made the necessary changes to the 5200 series. Here is what some of the problems were with the printer, and the changes they implemented in their 2nd Generation of 3D Printers:

4200 Series: The creation of HP’s MJF build cart, single handily changed the way the AM Industry thinks about production, because it eliminated the need to cool the builds inside the machine, and turned it into a plug and play production powerhouse. The industry experienced for the first time, a system that allows the printers to be run non-stop, that is if you have enough build carts in your production cycle. The very build cart that allows parts to be printed within its build chamber, is the same cart, that houses the plastic powder, and feeds it into the system. Its a very impressive little piece of technology, but that doesn’t mean, that it comes without fault. Often we would experience break downs in our build carts, and a majority of the time, it had to do something with the material feeding mechanism. The powder is moved from the internal tank of the build cart, to feeder vanes, using a auger. Upon reaching the top, 2 things would happen, a shaker screen would help sift the powder, while also spreading the powder uniformly across the x-axis of the build cart. Next, the feeder vane, would lift the powder above the build plate, where a roller would spread the powder evenly throughout the build. The problem occurred when considering you now have two motors on each side of the build cart, two for the sifting component, and two for the the feeder vane movement. Add that up, and that is 4 motors that can go out at any given moment, and potentially kill your build.

5200 Series: HP designed a new feeder vane, that not only feeds the roller, but also sifts/disperse the powder uniformly in the x axis, effectively eliminating 2 motors from potentially failing.

Its evident in the whole system, that HP did the leg work, and asked users the right questions, because a lot of things that were issues associated with the 4200 design, have been re-engineered in the 2nd generation of machines, the 5200 series. As we continue to learn more and more about this new machine to hit our shop floor, we will update this article to capture some of the things we might have missed un-boxing day, so stay tuned!

Reach out to us via email if you have any questions, comments, or concerns and we will get back to you promptly