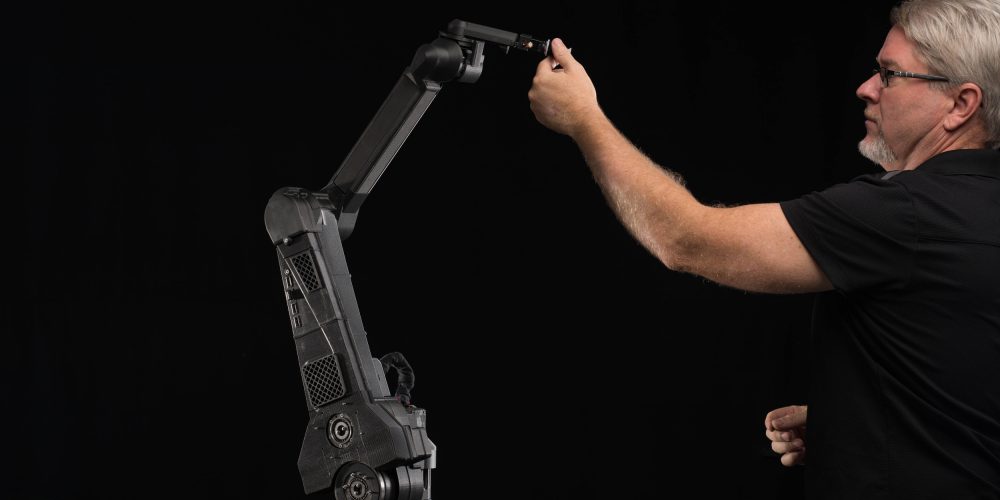 One of the biggest issues robotics companies have is scaling up production once demand for the robot starts picking up. Haddington Dynamics, creators of the under-$3,000 Dexter robotic arm kit, recently turned to 3D printing startup Markforged to help them create parts more efficiently for the Dexter system.

Not only did having the Markforged printers help the company produce parts faster and more precisely than previous processes, but they also were able to reduce the number of parts needed for Dexter from about 800 to now under 100 (not counting circuit boards, which Haddington also builds).

“Our build just to build a robot with other printers, it was five times longer [than Markforged] because you were always messing with the plastic, and things didn’t fit right,” said Todd Enerson, president and CEO at Haddington Dynamics. “[With the new printers], we eliminated all of those problems and then we could re-engineer a lot of the parts.”

“It’s really the first printer that you can build engineering-quality parts,” said Kent Gilson, the founder and inventor of Dexter. “It really changed our ability to op 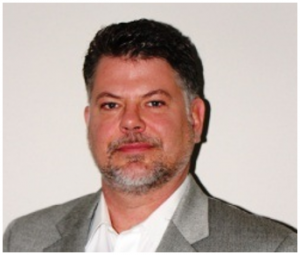 Dexter aims for high performance, low cost
Haddington Dynamics launched the Dexter system in 2015, aimed at “makers” and other robotics enthusiasts as a low-cost, yet high-performance and high-precision robotics arm.

Along with a field-programmable gate array (FPGA) supercomputer and combination of open-source hardware and software, the completely 3D-printed Dexter can be used in multiple applications, including 3D printing, pick and place, gripping, painting, gluing, printed circuit board assembly, and even CNC uses.

The company had a successful Kickstarter campaign in 2017, raising more than $100,000 from more than 100 backers. Initially, Dexter was made with 3D-printed plastic parts, reinforced with standard carbon fiber extrusions. However, scaling up production beyond the Kickstarter campaign required 3D printers that could create stronger parts more efficiently than lower-cost, hobbyist models. 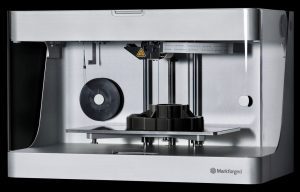 After hearing about Markforged and its systems, Haddington Dynamics purchased four 3D printers (three Mark Two models and one Onyx One), and Gilson said they have been thrilled with the investment.

“I wish we had Markforged stock, because we sell them as much as we do our own robot,” Gilson joked.

The Las Vegas-based company has been able to ramp up its production to about 10 Dexter robots per month, with the goal of getting to 100 per month. With the stronger robot parts, Haddington has been able to work with several small manufacturers and other companies on robotics applications, including a medical device company and STEM projects in New York.

Robots creating more robots
Gilson said the ultimate goal for Haddington is to have a factory that can print parts for the robot, and then have another Dexter robot involved in the assembly of the robot – in fact, robots and 3D printers creating additional robots.

At the moment, this may seem like science fiction, but the company has a concept of a single robotic arm that can perform additive manufacturing, subtractive manufacturing (drilling and milling), parts assembly, collaboration with humans, as well as the ability to change its own tools.

The problem for the company at the moment, however, is that it’s selling more Dexter robots than it can create. Haddington Dynamics can’t keep enough robots for itself to create more robots.

“We’re trying to build robots faster so we can keep 20 of them ourselves, so we can finish automating the line,” said Gilson. “We’re very close to having a factory that builds more of itself.”

They also see a future world where individuals and smaller companies can create factories that produce thousands of units for 100 different things, rather than 100,000 units of one thing. This micro-factory concept can be made possible through a hyper-flexible robot arm like Dexter, Gilson said.

In addition, the 3D printing capabilities can help Haddington Dynamics create new types of end effectors for the Dexter robot. In one example, Enerson said they built a pruning tool end effector out of a regular pruning tool, and could aim that towards an indoor agriculture application.

“You can just print the parts of what you have, and a human tool becomes a robot tool without spending a fortune on end effectors,” he said.

Keith Shaw
Keith Shaw, Editor
Keith Shaw is the Editor for Robotics Business Review. Prior to joining EH Publishing, he worked as an editor for Network World, Computerworld and various newspapers across Massachusetts, New York, and Florida. He holds a degree in journalism from Syracuse University.