Using HP’s Multi Jet Fusion technology, HP was able to 3D print helmets that were more comfortable for the guards without sacrificing any of their iconic style and aesthetic. 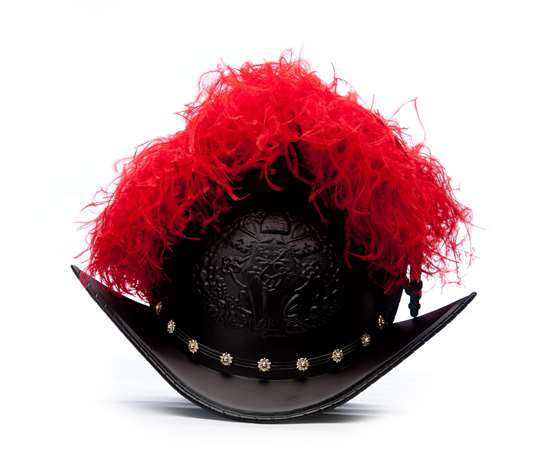 The new 3D-printed helmets made their debut last month, which also marked the 513th anniversary of the Swiss Guards.

The Swiss Guard is the group that guards the Pope while serving as the private army of Vatican City. Not much uniform-wise has changed from the group since the 1500s—colorful hues of the House of Medici in blue, red, orange and yellow, topped with a helmet bearing a crest of red plumes. But the oldest standing army was due for an update.

HP helped replace the metal helmets with 3D-printed PA-12 plastic ones that are durable, lightweight, weather-proof and much cooler, thanks to ventilation channels inside, the company says.

“The Vatican looked for a solution that would make the helmets more lightweight and comfortable for the guards, without sacrificing any of their iconic style,” says Michelle Bockman, HP’s global head of 3D printing commercial expansion and development. “They were able to create new helmets that met their high standards of form and function and bring a beloved 16th century tradition into the 21st century.”

According to Fast Company, the metal models took 100 hours of forging. In addition, the guards suffered burns from the helmets heating up in the sun. The 3D-printed ones are produced from molten PA-12 plastic in 14 hours and still with the coat of arms of Pope Julius II, who founded the guard in 1506. Even with moving to modern technology, the design of the helmets hasn’t changed—it still features the same texture and look.

The helmets made their debut last month, which also marked the 513th anniversary of the Swiss Guards.