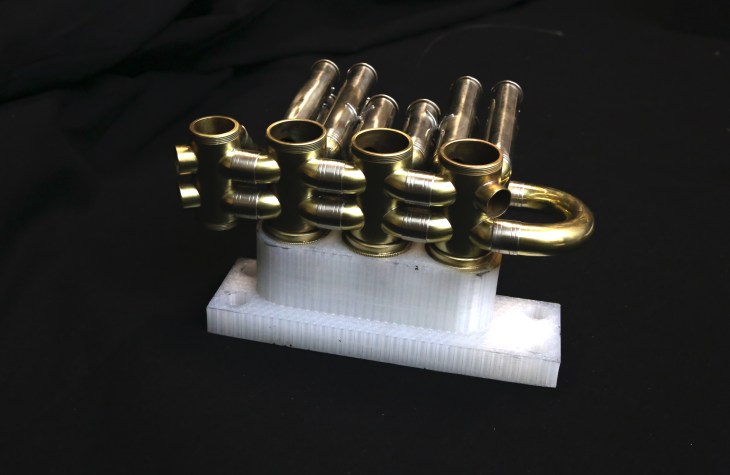 When Greg Mark takes his 3D printer to VCs he gets blank stares. The Boston-based CEO of Markforged, a 3D printing company that specializes in printing carbon fiber and metals, has found that few of them could understand his technology.

“The composite business is profitable, and we are scaling at 300% year-over-year,” said Mark. “We have an incredible product roadmap, and raised this round to help us bring these new printers to market even faster.”

“All of our rounds have been oversubscribed. We were in the fortunate position to choose our investors,” he said. “We selected leading global manufacturers at the cutting edge of technology and product development because they are a great fit with our mission to dramatically shorten the time it takes to go from idea to product. We spoke with regular VC’s as well – given our hyper-growth, profitability, and efficiency with which we’ve scaled, there was a lot of interest. As one VC said, ‘we don’t see C round companies that have numbers like this.’”

In the end we choose strategics for the reason stated above.

That’s why he turned to Microsoft Ventures, Posche, and Siemens-backed Next 47 for his next $30 million for his Series C. These industry-backed VCs understood the problems associated

The company is currently delivering a system for complete metal forging. The system, which involves putting metal into a very powerful microwave, is a hit with industrial partners but is confusing to those who think 3D printing is basically teaching a robot to squirt out Yoda heads.

The company has raised a total of $57 million since launch. The company is profitable and is selling printers faster than it can make them with revenue growth at 300 percent.

There are a number of other metal solutions on the market including massive systems from 3D Systems designed for industrial use. Markforged makes a nearly desktop-sized 3D printer and has discovered that its customers are printing finished parts in metal and factory jigs for CNC cutting and part holding in carbon fiber. By integrating both metal and plastic into the workflow they are able to reduce the time it takes to get to a finished part.