Boston-based Markforged brought not just a new machine, but a new technology to show with the Metal X 3D printer based on the company’s proprietary Atomic Diffusion Additive Manufacturing (ADAM) technology. In the year since, the company has told us that metal has become a primary focus, as for the Markforged team the parallelization made possible via metal additive manufacturing is a clear pathway to the future of manufacturing. For this year’s CES, the team came prepared to show the strength of and viable real-world applications for its metal 3D printing technology, as well as its other high-strength offerings.

Vice President of Product Jon Reilly and Chief Revenue Officer Jason Eubanks met me at the booth to share progress and some ideas of what’s to come for the company in the new year, as we looked at sample prints, user stories — and the prominent Instron machine ready to break 3D printed steel beams.

“The ceramic release layer sinters right off in the furnace for easy support removal,” Reilly noted of capabilities with the Metal X. 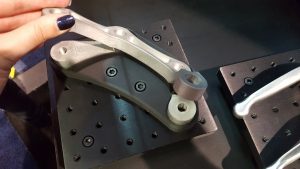 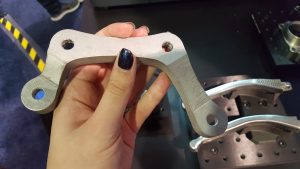 A part from the machine showed the support structure — 3D printed in the same material as the part itself to ensure a match in shrinkage during sintering — that had indeed been easily removed from the proprietary release layer, with a relatively smooth finish and no post-processing. Markforged holds what Reilly noted as a “robust IP portfolio, all developed in-house,” though the company rarely toots their own IP horn.

“We focus more on the parts, because that’s what customers want,” he told me.

Offerings from Markforged are targeted for use in manufacturing environments, where the part is what matters, along with the cost to make it and the time required. Much of the company’s messaging is therefore targeted toward these tangible results; to them, the 3D printer used to create viable components is “a delivery mechanism.” The technology behind that delivery mechanism, however, is impressive indeed, and Markforged will be publishing additional data soon to highlight the characteristics of its metals, validated with third party data. Additionally upcoming to showcase real-world validity will be more case studies examining actual users of Markforged technology; with users from the US Marine Corps to sporty Icon Wheelchairs, such examples are valuable for potential customers to understand existing deployments of these technologies in order to reflect on how they might fit into their workstreams. Some of the upcoming case studies, Reilly noted, will be from “big name companies.” 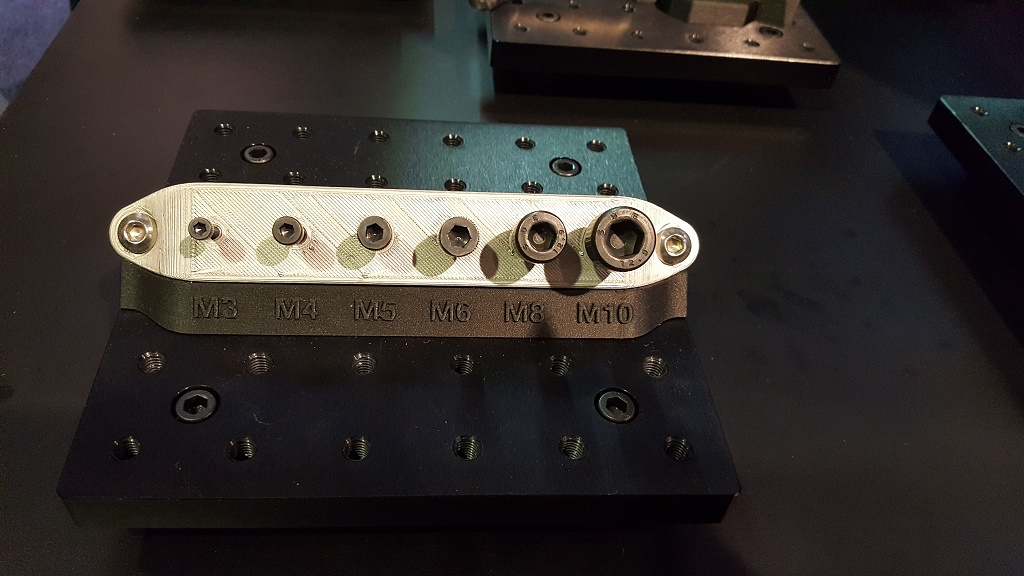 Much of the interest for the offerings from Markforged comes down to industry applications. Among those Reilly underscored particularly, and that the company had example parts showing for at CES, are tooling and injection molding for plastics. One interesting component highlighted the capability of the Metal X with 3D printing threading, as tight tolerances are possible — without post-processing — down to an M3 thread.

The other parts on the floor, metal and reinforced polymer alike, showcased the strength on which Markforged has made its name. The Instron machine, for example, was present for demonstrations throughout CES as the machine set about to do what no one could by hand: break a beam 3D printed on the Metal X. While my schedule didn’t have me in place to watch the demos, Markforged provided a time-lapse look at the process:

“It’s exciting when you can give people a part to break,” Reilly told me, noting that the company is also proud of the fact its parts stand up to individual tests.

“It’s all about the part at the end of the day; we talk about parts more than the printer.”

Also in the Markforged ecosystem is its software. The team noted that its browser-based Eiger software is now live with metal offerings, incorporating free quoting. Markforged will be exposing more information so users can discover their potential return on investment (ROI) through the use of the company’s strong 3D printing offerings, including cost modeling. In keeping with costs and production mentality, Reilly noted that understanding applications require another consideration. 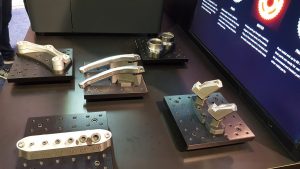 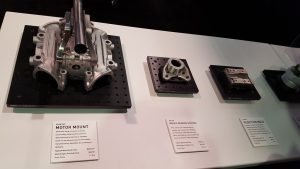 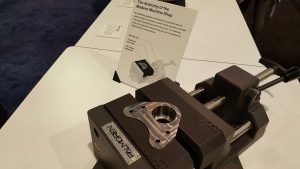 “It doesn’t matter what you’re making — time matters,” he said of an overarching theme and benefit to additive manufacturing technologies.

Creating parts in-house and on-demand allows for significant savings in time and money for any production operation. To that end, Markforged reports that it is seeing an uptick in repeat customers who are putting their machines to increasing use.

Markforged remains in a growth phase. When I visited the company’s recently opened 43,000-square-foot Watertown HQ just a few months ago, the team had grown to 85 employees; as of CES, that number is up to 120. Another growing number is investment, as in early November Markforged announced $30 million in funding, part of a wave of venture funding observable across the 3D printing industry lately. 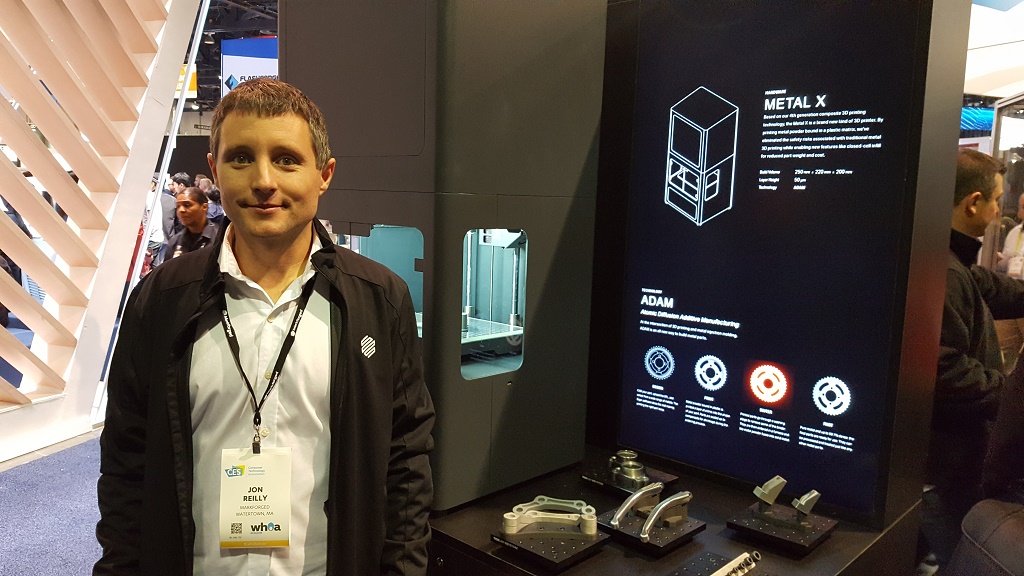 Discuss Markforged, CES 2018, and other 3D printing topics at 3DPrintBoard.com or share your thoughts in the Facebook comments below.